The formation of precinct election commissions (PECs) was completed on August 26. "Human Rights Defenders for Free Elections" have counted the number of members and the percentage of opposition activists in the commissions.

6,080 precinct election commissions were formed, which is 266 less than during the 2010 election. 76,791 candidates were nominated, of which 66,941 were included in the commissions. 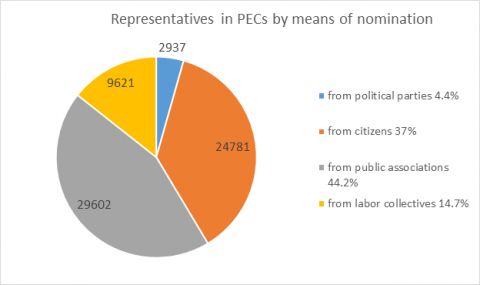 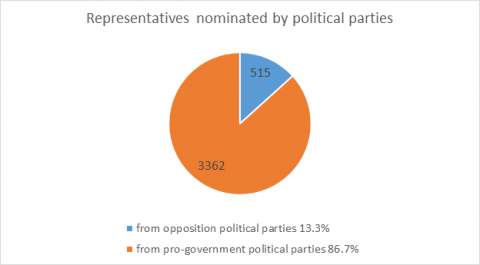 92% of representatives from the five largest pro-governmental NGOs (Belaya Rus, Belarusian Republican Youth Union, Federation of Trade Unions, Belarusian Women's Union and the Belarusian Public Association of Veterans) were eventually included in the commissions, with 23,689people becoming members of the commissions.

"The structure of representation in the PECs as compared to the previous presidential elections has not changed significantly. However, the representation of opposition parties in the PECs during the current campaign is 5 times less than that in 2010. This is partly due to the fact that fewer representatives were nominated, but also the number of elected opposition activists is much smaller - only 6% as compared with 17% in 2010,” note the human rights activists.